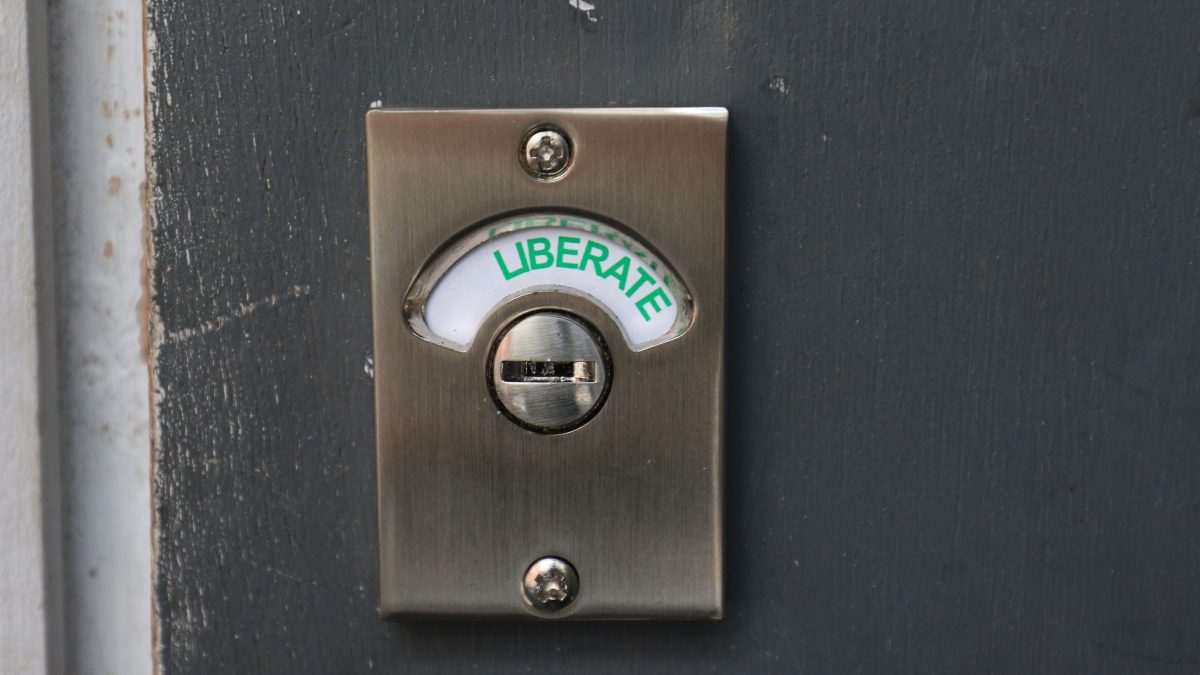 As part of the Accessible Art for All programme at Liberty UK Festival, 5 artists were selected to create work in public spaces across Leicester city centre in 2021. These exhibitions and installations all focused on a theme of community cohesion and inclusivity.

Many communities in Leicester had suffered due to the pandemic, with growing rates of reported hate crimes and blame being targeted at the most vulnerable. Accessible Art for All provided an important opportunity to engage different communities in conversations about cultural differences and division with the aim of increasing advocacy and tolerance in the city as it emerged from lockdown. Liberty UK Festival commissioned 5 exceptional artists, who created beautiful and thought-provoking work which formed part of a bigger programme installed in unusual and unexpected places across the city centre – including a giant poster campaign created by young people, installations in and around public toilets and giant murals in pub beer gardens.

Yara El Sherbini and The Khazi Collective displayed their work at LCB Depot, The Exchange and Manhattan 34 in Leicester, replacing the wording on toilet locks in these public buildings with new text.

Yara El-Sherbini’s playful interdisciplinary practice uses humour to engage audiences in questioning social and political systems of power and influence. The broader scope of her practice includes installations, interventions, live art and video. She uses familiar frameworks, such as game shows and board games, to provide accessible and playful environments that engage audiences to explore the invisible processes of knowledge production and the subtle mechanisms that shape the individual’s beliefs and behaviours.

Engaged: Behind Closed Doors is a series of interventions in public toilets in Leicester’s city centre, playfully subverting the text on cubicle indicator locks as a way to open up conversations and dialogue around identity, freedom and joy. Artist Yara El-Sherbini worked with a group of 7 gay and bisexual men, inviting them to reflect on the rich history of these public spaces – for sanctuary, for pleasure and for escapism. The group created the text for a series of locks which they hoped would trigger conversations, public or private, around the complexities of identity – which are not binary, not one or the other – and ask what it might mean to find rapture, to feel liberated and find relief in public yet private spaces.

We asked Yara El-Sherbini to give an insight into the project:

Tell us more about the work.

At the heart of my practice is the question ‘How can I open up who and how people engage with varied global, social and political issues in accessible ways?’ My answer is through play, humour and participation, making works which become entry points for dialogues.

What new challenges or inspiration did working with The Khazi Collective bring compared to your usual practice?

It was challenging working over Zoom with a group I had never met, who also all knew each other already, so the dynamic was challenging. The line between ‘leading’ the sessions and guiding was challenging. For example, a couple of group members were established artists, so explaining things to the group that some of them would know, changed the dynamic. I was also given feedback that this made one participant feel uncomfortable, addressing the knowledge of the artists differently i.e ” Participant X might be familiar with this term’ etc. It was inspiring though that this group of men opened up about their experiences which were new to me, to openly collaborate on a new and challenging idea.

Why are toilet locks the focal point for this work?

I love the simplicity of using a recognisable object within society that can be subverted to create dialogue and debate. This everyday item, that has become an intervention in a public space, might be overlooked most of the time and become invisible, but for those who notice it, there is a sense of playfulness. It’s simple and playful, and also brings in ideas of dark play. The person using the toilet doesn’t know they are altering the text, whoever is in the bathroom can see. So for me this almost invisibility of the artwork is interesting and the act of changing the text. It’s also about using a non-art space to create triggers for discussion.

How does this work comment on current social or political issues?

The texts are a direct statement/response to ideas around ‘identity’ and the complexities of a fixed identity. The toilet lock text shifts as does our sense of identity, belonging, community etc. The works came out of the series of workshops, so they are rooted within The Khazi Collectives experiences.

What was your favourite part of working on this particular project?

I was really impressed by the history of public toilets in the UK, and how they were both safe spaces and very unsafe spaces for men who identify as Gay, in the past and currently. The Khazi Collective gave me real insight into gay culture that I was unaware of, such as Polari and the history of the police. I really enjoyed the process of how they came up with their name, which is so playful and fun!

What are you currently working on?

I’m currently working on a number of projects with my collaborator as YARA + DAVINA, one of which is another project with ArtReach called ‘Liberty Lollipops: Slow Down,’ as well as ‘What’s your cup of Tea?’ at the Museum of London and a project with the National Trust about women’s football and craft, called Kick Off.

Yara’s installations are currently still available to see in Leicester alongside the work Cubicle Your Fears by Richard DeDomenici (LCB Depot), Public Convenience by The Rebel Bear (Manhattan 34) and Hands of Freedom by Vishal Joshi (Leicester Museum and Art Gallery).